About Us
We are Nepalese and Indian restaurant located in heart of Wicker Park. We were the first Nepalese/Indian restaurant to venture west side of City of Chicago and started our service on May of 2010.

We have been rated as top tier restaurnt in city and have been awarded Michelin's Bib Gourmand from 2011 to 2019, ZAGAT and Yelp rated as well as featured on CHECK PLEASE Chicago.

Our dedicate team of Executive Chef, Tandoori Chef, Sous Chef and kitchen support staffs as well as Front of the House staffs work hard every day to provide our guests with ultimate dining experience. 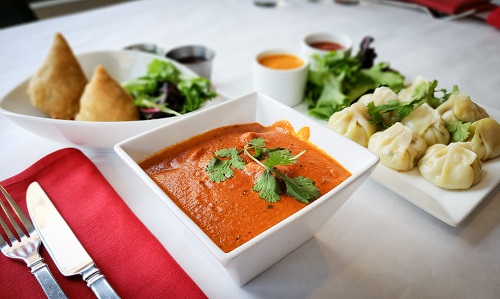 Cooking
Essentially similar in cooking method and taste, however, Nepalese food is milder and do not use any dairy products in the preparation; perfect for people conscious about their health related eating habits. Indian food primarily boasts of its rich taste attributed to the usage of various spice mix and rich sauce base; and usages of various vegetables and meat ingredients.

The thoughtfully designed menu boasts of an array of appetizers, entrees, desserts and beverages, certain to bring delight into your dining experience. Wide range of cooking method is used in order to bring the very taste and aroma of various fresh ingredients and exotic spices. Clay Oven, a barrel-shaped oven, is used to cook most of the meat sizzling with the propriety of grandeur and rich taste.
Menu

The menu comprises of such perennial hits as Chicken Tikka Masala (boneless chicken marinated and cooked in Tandoor simmered in rich curry sauce), Paneer Aalu Gobhi Chilli Masala (cottage cheese cooked with potatoes, cauliflower florets and peppers in rich curry sauce), Chicken Vindaloo (chicken and potatoes cooked in hot and tangy sauce) and many vegetarian, meat and seafood entrees certain to bring out the taste you have been craving for; exotic and spicy. The Nepalese page of the menu consists of such appetizers as Chicken Momo (steamed dumplings with seasoned fillings) and Chhoela (marinated chicken diced and cooked in Tandoor with Nepalese spices), a staple in Nepalese kitchen. The entrees comprise of Gorkhali Khasi (bone-in goat meat cooked in rich Nepalese spices), Aalu Tama ra Bodi (potatoes, bamboo shoots and black-eyes peas), Namche Bazako Sekuwa (chunks of marinated boneless goat meat cooked in Tandoor) and many other vegetarian delights. Sided with delectable assortments of rice dishes, naan and other flatbreads, the dining experience at Cumin will be nothing short of an extravagant journey into exotic culinary bliss.

Drinks
We have a full range of bar service with assertments of Indian brews like TAJ MAHAL and FLYING HORSE, Red and White Wines as well as Signature Cocktails and Spirits.

We recently added SULA - SAUVIGNON BLANC from India to pair with our spicy foods. 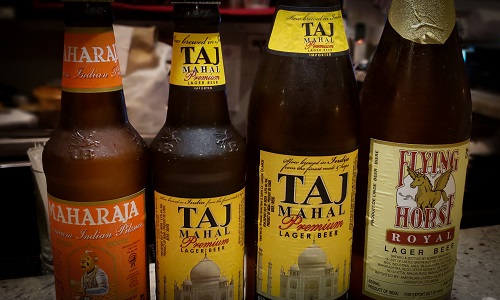